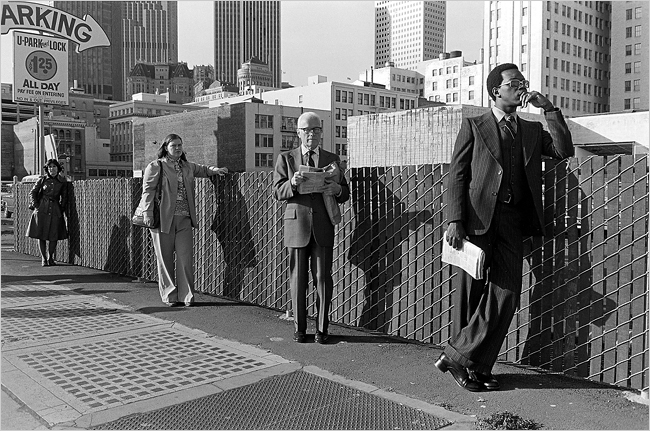 Few other cities can claim as deep and profound a well of photographic history, culture, personalities and love for the photographic image as San Francisco.

Add the hundreds and hundreds and likely thousands of lesser known lights who lived and photographed in San Francisco and the Bay Area and who made contributions to photographic art.

On his return from Massachusetts and heartbreak, Richard landed in San Francisco’s Marina District. He crashed at the apartment of two close friends, “D” and “S.” for possibly two or three months. The apartment was spiffy – roomy, full of light and furnished with fairly nice bookcases, bed, sofas, rattan easy chairs and other items much of it stolen from a Daly City apartment complex.

There were many parties. Here’s a moment from one of them. Wait! I think I can still hear Jean Luc Ponty, or was that Tower of Power playing in the background?

The light in the Marina District was gorgeous. And the opportunities for pictures are plentiful. There were whitewashed buildings, a blinding and blue sea, the Golden Gate Bridge.

In spite of many distractions, Richard became something of a photographer in San Francisco. As these things tend to go, it took quite a while for his images to exhibit any staying power. But San Francisco was a magical place for Richard as it had been for so many others. And soon enough, Richard’s pictures began to show a bit of promise.

Richard launched two projects in San Francisco. The first was a black and white, medium format documentary project that covered the city’s Cable Car Reconstruction Project in the early 1980’s when the entire system was shut down for two years. The second project was called Light Years — these were a series of diptychs. The image on the left portrayed people whose parents had died. The one on the right was a still life with symbolic objects. Some years later, Richard had of show of this work at Torrefazzione, a cafe in Seattle’s Pioneer Square.