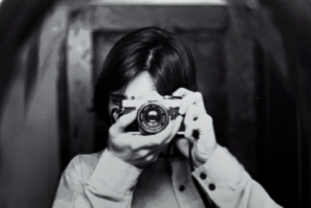 Richard seems to remember that around Christmas, circa 1976 he receives some Christmas money from home. It seems quite likely that he receives a check for $100.00. He combines this money with some money of his own – earned from his career as a parking lot attendant.

So it was at this time, that Richard sails into a camera store in downtown San Diego, pushes a few sailors out of his way, and buys himself a 35mm single lens reflex. It’s an Olympus – OM-1. It’s a sweet freakin camera, small, lightweight and quiet and surprisingly, modeled after Leica’s M series cameras. Richard is a changed man. A happy man.

Because he is a man of books and learning, he follows up his camera purchase with books. He takes to his new passion like a shut-in with a blow-up doll, obsessed and possessive. Like many beginning photographers, Richard thinks everything is worth a picture. He is wrong.

Richard‘s initial forays involve Kodak’s Plux-X film, a fine-grained product that serves his limited purposes nicely. (Of course, Richard didn’t know then that the future held a surprise for him: he would one day work for The Big Yellow.) The local camera shop develops his film and prints small 3 1/2 x 5-inch matte surface black and white pictures.

Richard soon learns about depth of field, the rule of thirds, shutter speed, what a focal plane is and how damned tricky it is to shoot backlit subject matter. In fact, at this point, Richard has no idea what the term “backlit” even means.

Like all beginners, Richard likes sunsets, seascapes and landscapes and people. Aside from a fierce devotion to photography, and the parking garage, Richard and Rick Tabit drive south to Tijuana and Rosarito for drinks and mischief. There may even be pictures. 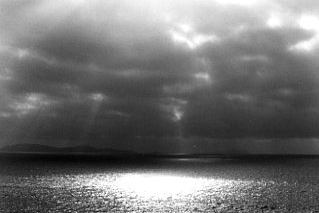 Richard lives in San Diego for roughly one year. He returns home to his parents in Fall River, Mass and begins to regroup for another shot at the West Coast. He will take more pictures, engage in a summer dalliance with a hot, Irish, former cheerleader whose parents own a burger and beer joint on the edge of the sea and for whom he falls stupidly, inextricably and foolishly in love. Richard is a bit of a romantic. Perfect for a budding photographer!